Protecting confidential patient data on the laptops of an increasingly mobile user community across multiple locations.

As a healthcare provider, The Children’s Hospital understood that this trust is not just based on its dedication to providing the best medical attention for the children in its care, but also on its dedication to ensuring all patient records and other sensitive medical information is protected at all times.

With an increasing number of medical staff traveling to extend care beyond the walls of the main campus, two emergency locations, three community-based after-hours care sites, nine specialty care centers, and more than 400 outreach clinics, The Children’s Hospital had to be certain that it could protect all data stored on their laptops.

“With more of our clinicians traveling nationally and internationally on a regular basis, we had to be sure that the patient data stored on the laptops that traveled with them was secure,” says Andrew Labbo, Privacy and Data Security Officer and Information Security Manager at The Children’s Hospital. “The laptops carried by our traveling doctors potentially contain sensitive patient information and so we had to ensure that a lost or stolen laptop would not provide unauthorized access to this highly-confidential data.”

“We looked at both whole-disk and file encryption, and found that while whole-disk encryption ensured that no data on a laptop could be accessed by any means,” explained Labbo. “With file encryption we could not be certain that all data was protected and would still have to undergo the painful process of notifying all patients in the event of a lost or stolen laptop. Whole-disk encryption also met all HIPAA (Health Insurance Portability and Accountability Act) requirements that call for a mechanism to be put in place to protect data at rest on laptops.”

Having decided that full-disk encryption provided the best protection for patient data in transit, The Children’s Hospital began testing all available solutions.

“For two months, we researched five different solutions based on numerous criteria,” said Labbo. “Of the products we evaluated, only WinMagic’s SecureDoc was really capable of meeting all our requirements right out of the box,” Labbo continued. “It had the flexibility to integrate with our existing technologies while its versatile installation options meant that busy medical staff would not be disrupted during the installation of the encryption.”

Having successfully completed initial testing, Labbo began a larger pilot to test the management software and ensure data would not be lost during installation. “The second pilot lasted six months, and confirmed that once a disk was encrypted, there was little additional management required,” commented Labbo. “Both pilots resulted in zero data loss.” The pilot also confirmed that the easily scalable encryption software would not only provide the flexible security the busy medical organization required at the present time, but also be able to support future needs moving forward.

With both pilots completed, The Children’s Hospital began rolling out the encryption software to additional laptop users. The thorough testing ensured the roll out went exactly as planned. Since the roll out, Labbo’s confidence in the software’s ability to protect patient data has been further enhanced by personal experience.

“I have SecureDoc on my laptop, and when my hard drive required updating a technician began the process of removing the existing drive and switching the software onto a new drive,” commented Labbo. “The technician had experience with encryption solutions in the past, and figured he would not need to remove the software before transferring the data as he could simply bypass the encryption layer,” Labbo continued. “Several hours later, the technician came back to me and said he could not bypass the encryption level.”

The encryption software has met all data protection requirements without compromising the budget of the not-for-profit healthcare provider. In fact, rather than looking at data security as a cost, Labbo prefers to look at it as an excellent investment.

“When you consider the relatively tiny cost of protecting each laptop to the potentially high cost associated with a single user losing their data, it is remarkable to think that every organization is not protecting information in this fashion,” said Labbo. “Installing encryption software makes perfect sense from both a data security and an ROI perspective.”

Most importantly, the versatile encryption software has enabled The Children’s Hospital to protect sensitive medical data without sacrificing the unsurpassed patient care for which it is known. “Once a disk is encrypted, it acts just as it did before it was encrypted,” concluded Labbo. “Its almost like SecureDoc isn’t even there.” 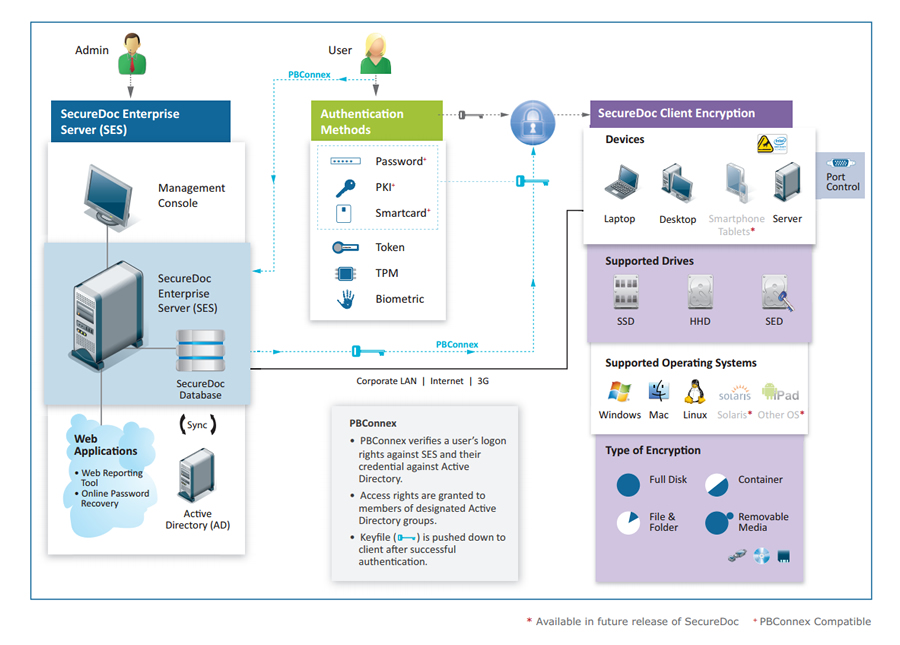 WinMagic leading the way to the next generation of full disk encryption.